Kharina Taylor tries to find the right person to love on... Will she find that somebody sooner or later??

A Teacher's Love- A New Chapter

[image removed due to size violation]

Naressa Tyre, 18,  just began believing in her ability to weave her way through both her academic and social life, having graduated from highschool and securing her way at a top social ranking in her class. As new environments in her private university are introduced, so are new acquaintances, as well as new dangers. Michael, the newest professor on campus, inevitably positions himself to become a fresh, new danger for Naressa. While mysterious and intriguing, temptation comes with consequence- and benefits. As Naressa manages to juggle college life, friends, family, past romances and current ones are brought into question, focused on and torn apart. As the year starts, the need for comfort and a shoulder to lean on grows.

Naressa will just have to find him first

Aiyanna "birdie" Nicole Parker is a 14 year old southern girl from Birmingham Alabama. She has was born and raised there yet her only friend there is her mother. Her mother had recently got sick and hated to see Aiyanna alone only made her feel worse, so for both of their sakes Aiyanna's mother took it upon herself to call up her trusted childhood friend Katherine to ask for a favor.

In spite of its monumental and record-breaking success, negativity is just around the corner…

…After the Jehovah’s Witnesses openly voice their disapproval of the short film, many are left disheartened over the future of ‘Thriller’.

Will a strange and mysterious encounter bring about the much-needed reassurance?

The supernatural is beyond human comprehension.

Will you dive into its realm, or stay in the shallow end?

Angelina Jones, a young, beautful, 27 year old college student and make-up magician is dating the sexy Kenny Jackson,a former NFL player, now business man... and their relationship is going toooo strong. What seems like a forever Love, but...something comes up?? What could it possibly be?? Find out... 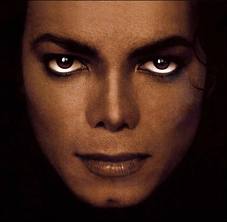 Michael Jackson, the world's famous clown, who sacrificed his childhood, to bring light into others. However, because of this; he's always felt lonely and just wanted to live a normal life..Will he get his wish? Tune in... The year was 1955. Decades ago , during the age of Segragation, Racial prejudism and the rise and falling of the Ku Klux Klan in Georgia. Disastrous things always happened to the African American families of the state. This was before M.L.K. Jr. , before proud black men could vote, after the Civil war but before the Civil Rights Movement.

Michael Jackson is a 19 year old boy living in this harsh enviornment with his family. His Father taught him to hate White people , but his Mother taught him you can't judge a person until you've walked in their shoes. He chose to listen to his Mother, even though white people can be pretty mean to him sometimes, he deals with it. He knows one day there is going to be a difference in this country.

Tiffany Johnson is a white, ignorant type 18 year old girl thinking this is how life is supposed to be. Her Mother taught her how to Hate different colors. But her Father, a doctor, is still always trying to teach his daughter his working skills, and that color doesn't matter, it's what's inside that counts. Having a negative influence from her friends about 'coloreds' hasn't helped a bit. Also being in fact a Mommy's girl, she listens to her Mother, even her thought of wanting all 'coloreds' out of America. Her parents usually get in fights with eachother over this matter. Her Mother approves, while her Father denies it.

Helping her Mother out one night by going to get some milk, Tiffany bumps into Michael accidently knocking the items he bought out of his hands. Not knowing he's black because of the dim street lights, she helps him out.

Treating her boyfriend, Michael Jackson, and her two best friends to Thriller Night, the most recent popular horror movie, Kai experiences a terrifying night of her own outside the film. Wini is just a normal beat cop and she is given the opportunety of a life time when she is assigned to a detail providing extra protection for The Jacksons. Michael is getting ready for a major life change, will Wini be a part of it?

Aiko Jenkins is a broken teenage girl, hoping to find love from someone. Michael is a player, ruining girls' heart left and right. What happens when these two meet at LaVergne High?

Read Trust Me to find out.

Hello all, I first posted this story on FB in 2010, then on the now defunct Michael Joseph Jackson Board in 2011. It was here on the MJFiction Board for a year or two but I deleted it... I am, however, re-posting it here.

I wrote up to 80 chapters and I haven't written anymore until I wrote the 'closure' chapter a few months ago. I sincerely hope you enjoy this story.

This tale is about a round-the-way girl whose life instantly changes the moment she encounters the King of Pop. It's set in the Thriller/Victory era in 1984.

I love Michael Jackson, I love New York City and I love the 80s (the decade of my youth) and I tried to incorporate all of that into this story.

And by all means, please rate and leave a comment if you wish. Thank you!