How about he's not famous in this kind of story?

He needs love. But then again, who the hell wants to give a damn about a down syndrome man? or so he thought. He must got through numbers of problems and then he realized that the problem is himself,

Inspired from the song, Stranger In Moscow

He's just another journalist who lives in UK. He has a normal life, a normal car, a normal house, a normal family. Even though his marriage with his wife, London, is on the edge. He's normal. Or at least, he used to think that way.

Until one night destroys it all.

A woman— that he met in an incident— whispers something to his ear. Something that he will later regret to hear. Something damned. Even before he could take a breath, the persons he loves, are died. He would never forgive himself anymore. He is strange ever since. He lose everything. Whoever they are, when Michael tells them about the words that mysterious woman told him, sooner or later, their bodies found lifeless the next day.

Sabrina, Honey Bew-bew, you're awesome lol ! Thanks for the lovely banner :) Also have y'all noticed that most of my stories are a Song Fics? Lol, music inspires me THAT much. Here it goes, Adele - Skyfall.

Vada says: "It's good to love your daddy. And i LOVE my daddy, really i do. But it seems like that dude even doesn't notice my existence as his daughter. Ever." 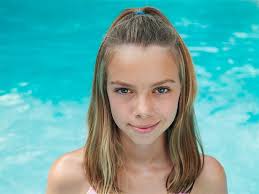 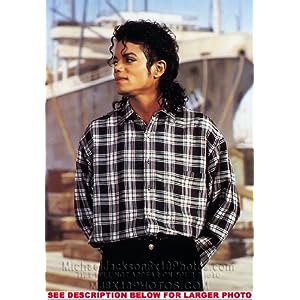 Michael says: "I know my baby, you don't have to teach me. A father is always making his baby into a little woman. And when she is a woman he turns her back again, hell yeah that is so me. But you don't know how does it feel when i'm watching my daughter being collected by her date. It feels like handing over a million dollar Stradivarius to a gorilla. when you already felt it, you can teach me."

Vada Jackson always loved to have a home. No, she does has a home but, because her father's job —Michael Joe Jackson, as a vacation journalist, she has to move from one country to another. Until finally, she has a home. A new home, everything was settled down.


Peace was in their home for a moment. But, it was until Vada started to think that her father the secret agent of FBI. And finally, peace no longer in their home. This Means War.

This is a war between Vada and her daddy. Let's join their story.

I'm sorry for haven't been in this story for awhile :( (well, Awhiiiiilllleee I guess.) But here's the new chapter :).


They said that highschool is a place where you can have a lot of fun. Besides you need to reaches a good score in many school subjects, you 'must' get a boy/friend, go to a prom with him/her, being silly around anybody that older that you such as your teacher and your parents, get many friends as possible, Love, Live, Laugh.

But for these five 'highschoolers' ; Michael, Xavier, Logan, Syajeena, Zloavavic, highschool isn't just about it. Case by case that passed away in their school, they've been learning that highschool is something more meaningful than that. It's about : Friendship, Faithful, Sacrifice..
So, put down your math book. Just sit, relax, enjoy, and join their adventures that full of Day-Night-Mysterious-Cases.