Stories updated in the last 7 days.

[Reviews - 17] New!
Summary: It's late 1993, the allegations against Michael are all over the news and are destroying him slowly. When one of his bodyguards leaves and starts spreading more lies he's in need of another one.
In Dylan he finds his next bodyguard but is it just that? Or is there more between them?
Will two men with troubled pasts and each their own personal demons find eachother in times of need?
Categories: Dangerous: 1991-1993
Characters: Michael
General Warnings: Erotica, Graphic Depictions of Violence, Mild Violence, Some Scenes of a Sexual Nature, Some Scenes of an Explicit Sexual Nature
Trigger Warnings: Domestic Abuse, Drug Abuse, Emotional Abuse, Physical Abuse, Self-Harm, Sexual Abuse
Series: None
Chapters: 7 Table of Contents
Completed: No Word count: 13420 Read Count: 189
[Report This] Published: Jan 04, 2020 Updated: Jan 26, 2020
THE TIME TRAVELER by Mystica Rated: M 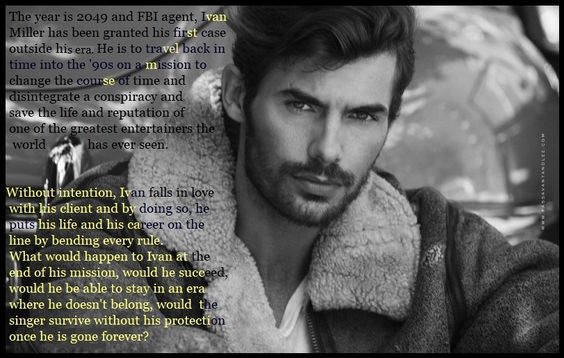 *~*Disclaimer*~* The story plot is the product of my imagination, where all the characters play a fictional role. I do not believe in any way that Michael Jackson was gay in real life or that he would hurt any children. I am and always be a strong supporter of his innocence. Please understand that I do not wish to offend anyone with my storyline. Do not read or leave a bad review if you do not understand my creativity.

Vitto Loretti was an upstart in the parallel jungle of the music industry. His life had quickly changed in so many ways after meeting then having a romantic affair with the world's biggest popstar, but only to be dumped both from his heart and bed afterwards. Now, Vitto is bolder, colder, wiser and in charge. He obtains the power to even steal the covetted Michael Jackson away, making sure has no choice but to obey. Vitto swores to make Michael pay for disposing of him so cruelly in the past. And he plans to do so in his own creative venegful way, before having a taste of the beautiful irrestible man again.