IT'S FINALLY HERE! THE FOURTH AND FINAL PART OF MY SAGA!

PLEASE READ STRUCK BY DREAMS, THE FLAME THAT STILL BURNS AND A DANCE OF FROZEN EMBERS BEFORE READING THIS STORY!!!

It's been three years since Michael and Diana got married. So much has happened, and more is on the way! With the launch of his new album 'Invincible' just months away, Michael has returned from a two month trip to Europe with his children to finalize recording sessions and take care of some release work. He also discovers that he has two major problems and he works hard at keeping them hidden.

Diana is still a successful businesswoman, wife, mother and best friend to her two sidekicks, Marie and Jasmine. She notices a change in her husband and doesn't take it lightly. Will she tell her husband how she really feels? Or will she bury her feelings and love the new him?

Cameron has been incarcerated due to his 'acts' in the previous segment. After putting him behind bars, Michael and Diana think everything is ok until an unexpected event occurs and turns their world upside down once again.

Will Michael and Diana be able to weather more storms? Or will they finally admit that they are just not meant to be together?

FYI: This story will also lead into the 'This Is It' era.

Hi guys, I'm bringing a new story, not mastered much English so any questions or do not understand part of history can ask in the Reviews.

It is the first time I write a story of the angel Michael.

Dwayne Johnson was a successful businessman and great example for the family. The pride of his mother and father.

But behind this man he had a disturbing obsession.

And the innocent Michael Jackson did not know what to expect.

A third will be their savior or Michael becomes trapped by a disturbed man.

Michael was at the loneliest time in his life.  After falling in love and hoping to really settle down, he was disappointed to quickly discover that his marriage was failing and soon he was divorced.  He was the most famous entertainer of the decade and apparently had it all.  To those looking in it would appear he had everything, but if anyone could see the man inside they would see a man held captive by his fame.  His life was filled with pain and loneliness.  Unable to enjoy life's simple pleasures he decided  to fulfill a lifelong dream to participate in taking classes like any other person in the world.  When you're as famous as Michael Jackson how would that possible?  By attending school in a place where no one will ever recognize you and you can blend in.  Michael enroll in art classes in a school for the blind.  It's a safe haven where for the first time in 20 years he can be free to be himself.  Join him in his journey of friendship and possibly love.  Will Michael be Blinded by Love?  Read and find out.

A collection of your favorite kinky stuff along with your era. Come on, ladies, Mikeybear is waiting for you.

Everybody wants to be in his place.

Surrounded by fame and money.

But nobody sees the dark side of it.

Michael has a sad, lonely life.

But it takes a complete turn when he meets her.

Despite her painful life, she finds a way to keep living.

That is until she meets him.

A love story filled with pain, passion, lust and betrayal. Anja Konstantinov is a Russian teenager on exchange in America, but there's more to this flawless beauty than meets the eye. See what's got men, Michael in particular, so intrigued. She's like nothing he's ever seen before.

Abriana had been a fan of Michael Jackson since she was little. She had a crush on him as well. But now, she's in for the biggest surprise. Her mother is marrying MJ and now he's gonna be her step-father.

Here's Adam Lambert. A fine gay guy. He is searching for his ideal partner, he's just too tired pleasuring the women. He's bored for being thrown with women panties all the time. He needs boyfriend. And surprisingly, with all of the type of his ideal boyfriend, they all just just close to Michael Jackson. Well, can both of this women pleasurer can get along together?

Not too bad-looking either - in fact some would say he's pretty damn HOT!

"Some" just so happens to include his best friend's baby.

Will they ever make their feelings known?

How would they go about sneaking around behind said "friend"-s back?

You'll just have to read and find out! 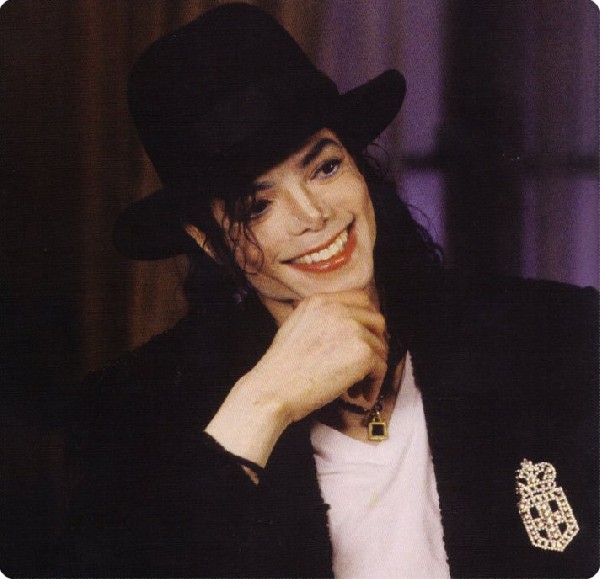 Michael jackson himself is taken by a bad attempt on this world. The world is very cruel to him and, yet once again. He is taken through his worst nightmare Worst than tabloids. Worst than being acussed...More than all of he can imagine. But he realizes lust sizzles into this but this still is devi's work he reminds himself. What will he do in this situation? Find out in Taken... 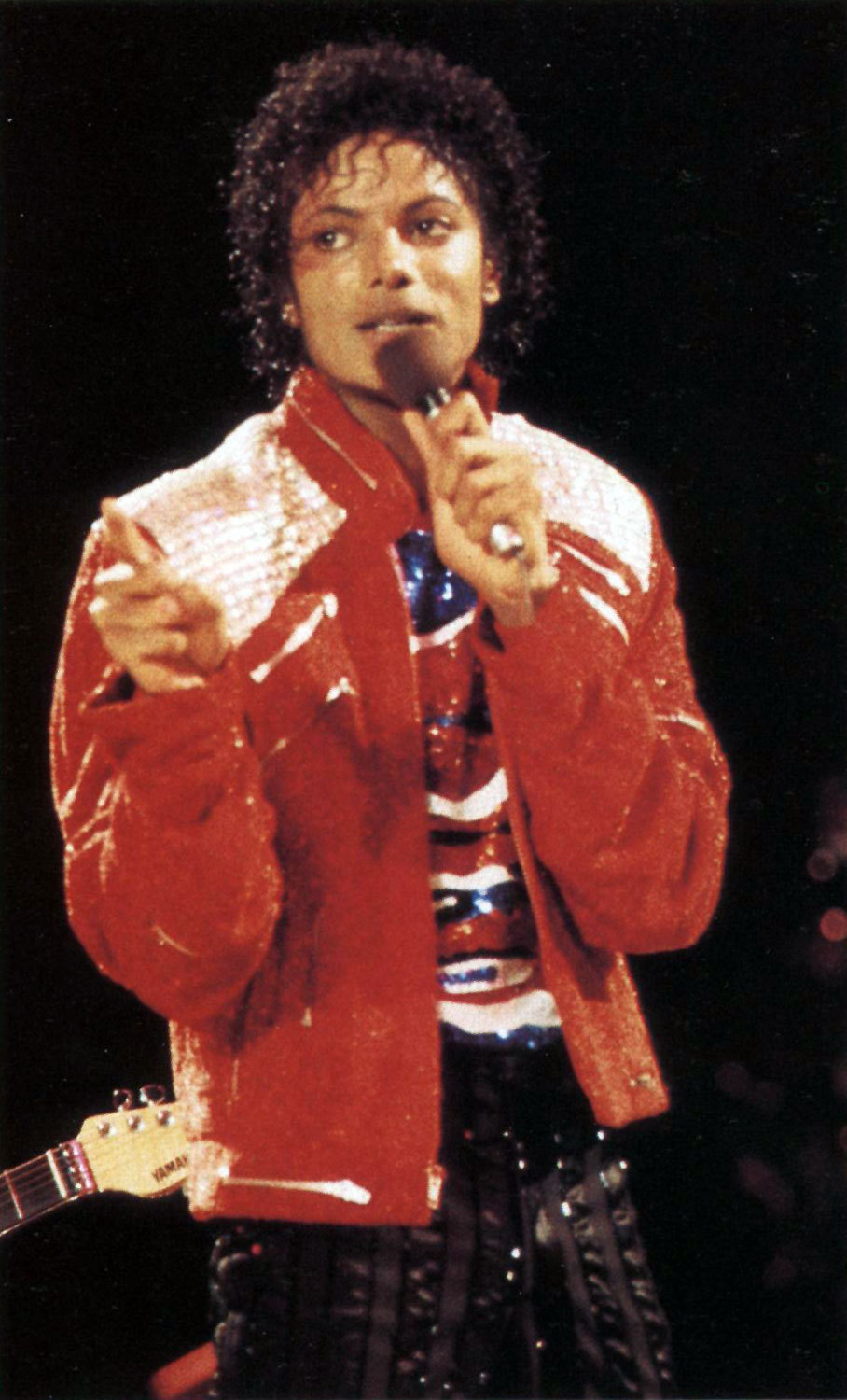 Everyone has always wondered about what the famous life was really like. Was it true what they said about the groupies? Maybe it was but, one thing was for sure. Michael Jackson? You'd never catch him with any hoe. The Man In The Mirror singer? But had you ever thought that you were wrong?

The 17 years old Brooklyn Reynolds moved to Miami, to her best friend Scarlett.  Her first day in Miami is terrible. Her new flat is small and dirty, Scarlett is on a vacation with her boyfriend, so Brooklyn feels herself alone. She hasn't got anyone to turn to. At the night she came in to a park, and there she met with Michael Jackson, the 21 years old guy, who has very rich parents. He never wanted to be rich. He just wanted to live his life... Since the minute they met, teir life has change forever...

[Reviews - 12]
Summary: IF YOU HAVE NOT READ THIS STORY FROM THE BEGINNING, GO BACK TO THE FIRST TWO SECTIONS (FOR THE LOVE OF YOU then SHENANIGANS AND SITUATIONS)....

Well, here it is. The last completed portion of my and Nicole's epic literary adventure. WARNING WARNING WARNING...this is not a completely edited section. Nicole and I would write massive amounts of story and then I would go back at some point, put everything in order, and make sure it all tracked and made sense. I never got a chance to do that with this section because we were still warring over the previous (Shenanigans) section. So do not be surprised if there are a few continuity errors. But there shouldn't be many because we had planned everything. We just hadn't written and locked it down. Also, THIS IS NOT FINISHED. it ends on a cliff hanger because we were having problems seeing eye to eye on how each character should react to things. And, quite honestly, I don't know if I can finish it because Nicole's perspective on Budge was so locked in, that I don't think I can recreate it and keep the integrity of what she wrote previously. So, if you're expecting everything to be wrapped up in a neat little bow, it won't happen here. Just thought you guys should know...

Co-Marriage? Swapping? Good old cheating? What exactly have Budge and Felicia gotten themselves into now. Are they sure of anything? This is most definitely a world neither of them ever saw themselves entering. But sometimes your heart overrules your head. The question is, can they handle the complications that come from sharing your heart and body with two different men?
Categories: Bad: 1986-1990
Characters: Michael, Original Girl
General Warnings: Erotica, Mild Violence, Nudity, Some Scenes of a Sexual Nature, Some Scenes of an Explicit Sexual Nature, Strong Language
Trigger Warnings: None
Series: None
Chapters: 15 Table of Contents
Completed: No Word count: 73157 Read Count: 1436
[Report This] Published: Apr 27, 2015 Updated: Apr 27, 2015
[Previous] 5 6 7 8 9 10 [Next]