Hey guys! Okay so this story is based on another story I had read here, well it was inspired by it, but the author took it down! Suck face! Anyway, I'm putting this up and hopefully she will realize how good of a story it was. This is dedicated to her!

Heidi Atwood is a beautiful, spunky, yet loving, 22 year old. She's going to college and finally moved out from living with her best friend Grace Bostwick. She doesn't really care to date anyone and of course that irritates Grace. Now Grace wants Heidi to meet a guy so she pushes her into numerous blind dates which usually turn out aweful. There is only one thing Grace and her disagree on, and that would be The King Of Pop, Michael Jackson. Grace is a die hard fan, while Heidi is a straight up hater. But what happens when Heidi runs into Michael Jackson and sees the man instead of the myths??

A young, non-traditional Catholic priest battles his own personal conflicts of controversy, love, and lust in his vocation.

Sydney is a 18 year old senior who just moved to Santa Barbara from Ohio with her mom. On her first day of school at Santa Barbara High School, she meets the mean, insulting, womanizing, but very sexy and hot bully and senior Michael Jackson. Things don't go well and the two immediately hate each other. But what happens when they start developing feelings for each other? Will they admit them and start a relationship or keep them bottled up inside and continue hating each other? Find out in The Bully Is My Boyfriend.

WARNING: THIS STORY WILL CONTAIN SOME VIOLENCE. THIS STORY IS IN NO WAY TO MAKE MICHAEL LOOK BAD. IF YOU DON'T LIKE MICHAEL BEING VIOLENT THEN PLEASE DON'T READ!! 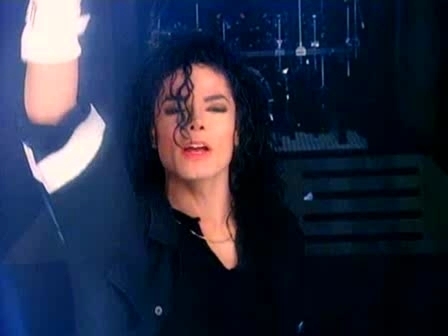 Leah is an avid videographer, which is generally how she (barely) pays her bills. When she is recommended by a friend to film a series of Michael Jackson's concerts from the audience, she of course, jumps at the offer. But when Michael meets her and sees how playful she is, he has other plans.

Thank you guys sooooo much for all the reads and reviews! It means the world to me <3 Wini is just a normal beat cop and she is given the opportunety of a life time when she is assigned to a detail providing extra protection for The Jacksons. Michael is getting ready for a major life change, will Wini be a part of it?

Aiko Jenkins is a broken teenage girl, hoping to find love from someone. Michael is a player, ruining girls' heart left and right. What happens when these two meet at LaVergne High?

Read Trust Me to find out.

In the year of 1984 where the crime rate was at

an all time high.

This day in age you're either slinging drugs, trying to get high, or reaching for the stars to find an opportunity to get out of the ghetto.

Jasmine, and her brother Shawn have lived in Harlem their whole

enitre lives, no drugs, the occasional alcohol, and sometimes a bit of partying, but all in all getting an education is what they were all about.

Michael on the other hand, a straight A student, and a basketball player who had true potential, he was definitely going places.

Being the star athlete and getting all the girls, well he was a master at that, and nobody could tell him otherwise.

Until the unexpected happens and their lives are set at a halt and theres nothing they can do except wait it out...

Twenty four year old Carolina Evans is stuck in a dead end marriage with her huband, Adam. When Carolina meets the famous Michael Jackson through her husband she's thrust into another world entirely. And I'm best friends with the King of Pop, Michael Jackson. :)

Michael and I have been best friends for years, ever since his time with the Jacksons.

And we love each other dearly, but Michael doesn't know how I feel.

I've been in love with Michael ever since we met, and it's never changed since then.

I haven't told him because I didn't want to ruin our friendship.

And it's worse now.

To the daughter of Elvis Presley, Lisa Marie Presley.

I know I don't know her much, but I know that she's trouble.

How can I tell Michael how much I love him now?

Thanks to everyone who reads this story. I hope you all love the new banner.

To the Intelligence community he was a international criminal turned company man.  An asset.
To her he was just a kid, a partner, a friend.  But was she willing to cross the line for love?
To him she was the answer he never knew he was looking for.
Will their love Liv or will circumstance beyond their control let it die?

What if your ex-wife becomes obsessed with you and wants you for any price, any measure, no matter how crazy?

Can a fan girl save Michael from his intense relationship, can she break the strong grip his wife has on him and, most importantly, will she teach him to enjoy love again?

Now in the life of Michael Jackson, there are many obstacles to face.

WIll their love be enough?

This is a re-write, and edited form of my first story "Everything for Lust", with the same content. My old username was whatmorecanigive, hence why its in the banner.