Been an MJ fan since forever. Michael has been the inspiration of my life and always will be. I've been writing fanfics for as long as I can remember. I didn't say that they were good, but these that I'm going to present to you are the most promising.

I was born on November 19, 1995. That date is significant because the single for Earth Song came out about eight days after my birth.

My Tumblr (because I am a dork): http://katy-silver-rose.tumblr.com/ Dealing with the death of her stepfather and the abandonment from her biological father, Caitlin has practically built walls around her heart from the people she loves. Caitlin puts her thoughts into singing and writing, but not into talking to her mother. Michael has been far away from his family and friends for four years, and guilt has overpowered him longer. His thoughts in writing have caused him to go into writer's block. Both of them need each other to fight the guilt and regret and regain the interest in the things and the people they love. A lot of people have been doing this, so allow me to continue

my personal spamming with questions and my life stories.

Ask me anything Michael related...or not! It doesn't have to be. I will also be posting what stories I will be working on at the moment. Who knows? Maybe I'll bitch about my private life.

To ask me questions, review the story.

Michael, Janet, and Thomas have a wild case to solve when a rape is called into the office. The victim claims that her roommate’s married brother broke into the apartment and rape her without a warning. The problem: he was out of town and comes back the morning the police raids his home. Then, the case becomes even crazier when the racist mother, a surplus of white suspects, and a negative rape kit come into play. Kelly Respen's death was a mistake. She was the wrong person killed in a murder on Earth. Now, she is here in Heaven wondering what was supposed to happen that night, living the rest of her afterlife in Heaven.

Trailer by CONVICTION from Figment *Picture is not mine

Casanova is the hottest thing since Michael Jackson was alive. They sound pretty much alike, too. How can this person come out of nowhere, ready to take the world by storm? Well, maybe you just haven’t considered that Michael and Casanova are exactly the same person. You know that now, but his fans still can’t put the puzzle pieces together.

Three boys sneak into one of Casanova’s concerts and discover his dirty, little secret. The only way they can keep their promise to not tell the world is if Casanova makes them his entourage.

“Don’t you boys have parents to go to or something?”

“Why do you think we made this offer to you?”

How long can his identity last now? When a young man discovers the city's hidden gem, does he use his three wishes to win his fortune or win the love of his life?

*Inspiration based on the anime film, When Marnie Was There Kassy's life is not going well, and she feels the world is against her for no reason except for the fact she was born. She doesn't feel as if she belongs anywhere, and she constantly has dreams of a friend who never leaves her. On a field study in California, Kassy comes across a mansion that has been left abandoned for years since it was sold by a rich family. After sneaking there at night, she comes across a fantasy beyond belief. A boy resides in that house, and he is yearning to get free from his abusive father and older brothers since his mother has been away. His name is Michael. The two become friends very quickly, and Michael teaches Kassy that even though life may treat your poorly, the grass is always greener on the other side. Kassy also comes to find that Michael may not be the person she thought he was.

From the author who brought you The Queen's Magician, Alexander, and 66 Days with Michael.

Ever since Michael faked his death four years ago, he never had a chance to live a normal life.  He tries to fix that by hiding himself in Maui with only his closest family and friends meeting him there as possible as they can without any paparazzi.  Michael was only missing one thing: romance.

One day, Michael meets a woman named Jamie Maykan, a bookstore attendant who has lived on the island since her childhood.  She is quiet, yet she is beautiful.  Michael wants to impress her without being the famous man that he was.  Also, the last thing Michael Jackson ever wants to bring up is his past.  Which Michael would Jamie fall in love with? 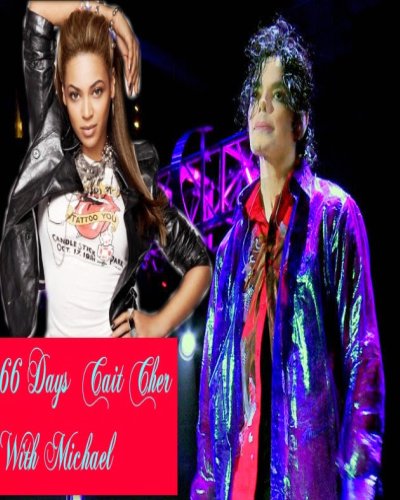 Lily Carmichael's dream is to be a dancer, but her wish is to star as a background dancer on Michael Jackson's "This is It" tour.  When her wish comes true, she receives more than what she has trained for.  Not only does Michael Jackson become her boss, he has become her best friend, and perhaps something more if Lily can just open her heart to the outcomes. In modern America, the story of Peter Pan and Michael Jackson is internationally renowned. Written by an unknown author, readers of all ages retell the tales to their friends or family to continue the legacy. Little do they know that they stories are about to become real.

Shira Clikman is prisoned in her small town with her abusive mother, Lucy, and her royal sister, Mikayla. She only has her best friend, Mariano Albertino, to protect her and make her feel beautiful. After a physical argument with her sister, she meets Michael in the middle of the night, and he promises to help her escape reality into Neverland, the place where you never grow up. Mikayla discovers this and wishes to come as well, due to secrets even she has been hiding. Hesitantly, Michael brings the two girls, making Mikayla promise to not do anything to Shira, or else she'd be sent as a slave to the pirates.

After their arrival, Mariano is kidnapped by Captain Hook in order for the captain to have his revenge on Peter and Michael, accusing them of taking away his memory. The rescue gives Lucy high tensions of the three, and she will stop at nothing to make sure Michael doesn't complete his private mission, to complete the Wishing Spell. Inspired by the Bad music video

After her parents' messy divorce, Samantha Klein moves with her mother into New York City.  Her mother hopes a better life for her daughter at one of the wealthiest private schools in the borough of Harlem.  The only issue Sam has is that her broken family is the only white family that lives in her apartment...and on her block, so boarding school doesn't seem so bad anymore.  At the boarding school, she seems to fit in extra well.

Then, she meets Daryl Jackson, a biracial teen, mother black and working and father white and never around.  Sam tells him her problems about living in Harlem, but that leads Daryl into explaining, "Even if you were partially black, that's never enough."  However, Daryl does have friends at home who would be more than happy to lay their hands on Samantha.

As their relationship grows, Sam feels more comfortable, but that could all change when they leave for home around the holidays. "When the light's turning down, they don't know what they heard.

Strike the match, play it loud, giving love to the world

We'll be raising our hands, shining up to the sky

'Cause we got the fire

And we gonna let it burn"

Chloe Mistress is the daughter to the vice president of the United States, and she lives in a world where she is surrounded by metal and burning nature. She finds nothing wrong with it until her Supreme Court Justice uncle sentences an Iraqi boy to death because he mentions the Forbidden Word.

Lately, she's been having a strange dream, which involves the words, "I love you!" She doesn't know what it means until she counters a Rebel Against the Technical Society. Together, the two explore the reasons why their society is so cold in emotion, and soon, the world could burn right under them. Inspired by the song Princess from the musical, A Man of No Importance.

"How can a girl who's from a someplace north of nowhere be a princess?"

Caitlin, known as the author Cait Cher, loves her new life. She tries to block out everything that has happened before she sent her book, Straight, to be published. All she mentions is the death of her fiancé, and it ended in murder.

Michael Jackson's son, Junior, or as most of you know it, Prince Michael, interviews her only one time, and that's all it takes to fall in love with her. He wants to go through the gates to steal her heart but Caitlin keeps it bottled like a genie in a lamp. Well, Prince might as well as has to rub it in order to make his wish come true.