- Michael is a massage therapist.

- A girl is his customer and

Other than that, you can make it up :)

Oh and it can be any catorgory or era.

Write a condensed (ultra-condensed!) version of any book, lyric, video, movie, or biographical scene starring our lovely one who's life was all too brief.

I've submitted "Superfly" as an example, but it's a pretty poor one ;)

The method of this challenge is intended for slash writers only. You must publish a story that involves Michael Jackson getting pregnant. The headcanon for your story is that everyone partakes in an alternate reality where males can breed with each other. Winner shall get a requested story.

-Featuring abortion in your story is up to you

-When in a male and male relationship, Michael shall only be the bottom, thus him the one getting pregnant -

Other males can get pregnant in your story too

-You can include teen pregnancy

-Show Michael having mood swings and cravings (just for the humor)

I challenge you to write a story (short or multichaptered, whatever you like) that brings us back to June 25th, 2009. Yes, the unfortunate day that tore our hears apart. In your story, you're gonna have to deal not exactly with Michael himself, but with the people he left behind. His fans, his family, his friends, or even a lover, whatever you prefer. It's a very open challenge.

It does have to be rather sad, and reflect Michael's beautiful life. Think back to that day and relive all the turbulent emotions that you felt when you found out the tragic truth.

Try to express your characters' feelings and thoughts in a clear and deep manner, making the readers identify themselves with them.

I think it's pretty clear. If you have any doubts, hit me up! 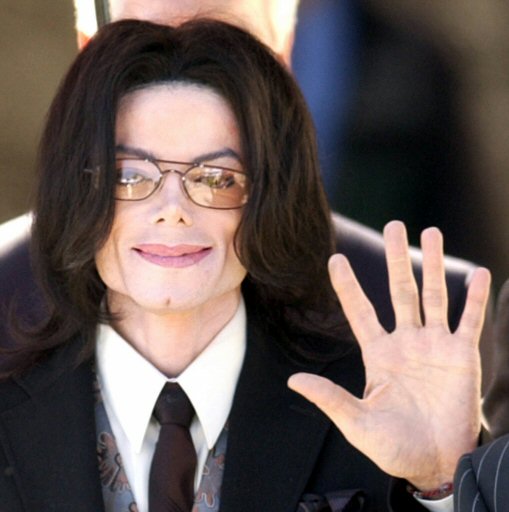 
Categories: Angst, Family, Hurt/Comfort, Romance Characters: Michael, Original Girl
Forgotten by TheJollyRoger [Responses - 1] [Report This]
Summary: The idea is to write a story based on a poem I've uploaded called "Forgotten".
You can either write the story leading up to the situation portrayed in the poem
OR
You can write it as a continuation of the situation portrayed in the poem.
Please try to continue it beyond just one chapter.
Could be any category as specified in the challenge.
Much L.O.V.E.
Categories: Angst, Romance, Horror, Suspense, Adventure, Fantasy Characters: Original Girl
Going to see The Wiz by MJsChick [Responses - 1] [Report This]
Summary: I love reading stories about teenage, 70s era Michael. But it seems that most people want to start their stories no later than the mid to late 80s. Well, here's the challenge. I want to read stories, series, poems, or anything else you've got about Michael during his time in New York filming The Wiz. The story has to be historically and culturally accurate. Meaning, no cell phones and internet. 8-tracks and Afros, ya dig? Bonus if you can manage to sneak in people that he actually knew then (Tatum O'Neal, Diana Ross, Stephanie Mills). So, dust off your platforms and straighten those lapels. It's gonna be a dynamite and out of sight time in New York!
Categories: Romance, Adventure, Horror, Suspense, Hurt/Comfort, Humor, Family, Parody, Fantasy, Sci Fi, Mystery, Angst, Adult, Slash, Lyrics, Poetry Characters: Michael
He Saved Me! by michaeljoejacksonLUV [Responses - 1] [Report This]
Summary:

"Michael risked his own life to save a girl who was about to get hit by a car retrieving a ball that rolled in the street."

This is actually a true story. My challenge for you is to imagine the whole situation -- narrate the happenings that lead to it, and the aftermath.

The sky is the limit, my friends, so be creative!
I can't wait to read the responses! :)

This one is pretty simple: it has to consist of Michael, in any era you wish, meeting a fan. It can be someone you've imagined in your head, or maybe yourself!
And if you've ever met him, you can share your own experience here!

It can be just a simple and sweet meeting, or an embarrassing way to meet the King of Pop, they can become friends, they can end up with a kiss, a hug... more, if you want! ;)

So, I'm pretty much leaving it all up to you. Choose the era, the character, where it happens, how it happens. It can be anything, from PG to rated R. Your choice only.

Good luck, and I can't wait to see what you talented writers got to show! :) Categories: Angst Characters: None
Kept In The Closet... by RhythmChild [Responses - 2] [Report This]
Summary:

Okay guys, I noticed there weren't a lot of stories like this, so I wanted to issue this challenge because it's something that was a really big rumor throughout our beloved Michael's life.

Write a story where Michael Jackson is in the closet. Yes, in the closet. Whether or not he really was gay is his damn business (as a female, I'd like to think he was into women) but imagine a time when, even in the most androgynous decade ever, being gay was a curse, and he saw himself as the curse. With all that pressure to be one thing when he was another could have been hell, as it is for so many poor young gay people even today.

Doesn't matter how long, but it HAS to start in the 80's, and there has to be some sort of coming out in some way...you can put that at the end or at the beginning, whatever. Good luck! I hope you can make me cry!

Also you don't have to put these all in one fic, one story for each bullet at a time is recommended, but if you want, you can combine all or most of these themes in one fic. There aren't enough fics of these two, which is a damn shame because there's so much material to work with.


Categories: Dangerous: 1991-1993, Romance, Hurt/Comfort, Angst, Slash, Thriller: 1982-1983, Bad: 1986-1990 Characters: Michael
Smooth Criminal by MJs Baby [Responses - 0] [Report This]
Summary: Hello Ladies. So the challenge that I issue you is Michael finding himself falling in love with the 18 year old daughter of a dancer who's in his smooth criminal short film. MUST INCLUDE:- *Smushy romance *Heartbreak *Drama * A love triangle Between MJ the girl and another dancer *Action * and smut :) **GOOD LUCK!!**
Categories: Romance, Adventure, Hurt/Comfort, Fantasy, Angst, Adult, Bad: 1986-1990 Characters: None