Elocin Ryder is moving on up, graduating from University Student to pilot-in-training. What she didn't plan on was becoming an apprentice to Captain Eo. The ragtag crew of misfits wasn't exactly what Ryder was hoping for, but the strange feelings she develops for her Captain keep her coming back. Ryder puts all of her dreams on hold and embarks on a journey across space that will change her life forever.

We Never Ment to do it It was an accident... a college prank you know right... it was Hell Week The last night for intiation, My frat and the sister soriority each had the top 5 members give or take from each take the suv up to The old crest House to play a prank on Our two new members

Now PLEASE understand I was Not the lead on this venture I just had to go along because of course I could be ousted out of the frat if i showed far at the time I didn't know the story as much as the others did and when I heard it on the way up there I got uneasy too but I couldn't show it. I wasn't scred easly but THIS night... THIS house, I had a bad feeling in my gut that said get in my car and get FAR away... I didn't follow that feeling

It's been 22 years sense that Night... and here i sit looking at the year book of allumni shaking my head because EACH and EVERY one of Them is DEAD but Me... so i have to wonder AM I NEXT Inspired by the Smooth Criminal scene of This is It.

The legacy of the Smooth Criminal continues five years after the Smooth Criminal himself, Michael, destroys the Los Angeles base of the Spider Club. Michael is back, and he's in more danger than ever with a gang in New Orleans.  The Spider Club has been stopped, but that doesn't stop a bootlegging ring called Morocco Spice from hunting him down.  After being seen at his daughter, Caity's, jazz recital along with his two sons, Zachary and BJ, the leftover Spider Club gangmembers are out for blood.  When they couldn't find the boys, they went after the girl, and Daddy will always rescue his little girl. It's the end of mankind as we know it. The zombie apocalypse. What will Michael Jackson, the best entertainer in the world, do to survive? What will happen when he leaves everything behind to start a new life with two strangers who saved his life? Is there still room for love in their desperate attempts to stay alive?

Eo is always being compared to his hero pilot father at his academy.  After being Posted to return to Earth, he knows he won't hear the end of it from his mother.  In order to avoid his home planet, he leaves school and goes to a foreign planet, where he meets a runaway princess named Chrysanta whose past is blank.  All Eo knows is that he needs to protect Chrysanta from the dark spirits, haunting her.

Eo has his darkness, too, but his name speaks for itself when Chrysanta makes him see the light.

Have you ever thought that a made up fictional character from your imagination could come to life?

Michaels life changes when he wishes that his fictional girlfriend comes to life after a break up with Tatiana Yvonne.

Can Michael manage trying to keep her a secert from the world or will she be exposed to to much?

Its a long day at the p.i office in downtown  Miami. Simon (Vlays boss) seems to be pilling her with work day after day. One day Simon slams a folder on her table dealing with a recent homicide, and when she opens it she cannot believe her eyes.....Michaels been murderd. Knowing what she knows, she has the power to bring him back, but something of equal value will have to give. Shes torn. She wants to bring back her first love, but she knows someone will have to fill his place in the grave. Now she has to make the hardest choice of her life. Will she awake her sleeping prince?

*Inspired by the series Pushing Daisies.*

Moving to a new town is usually a scary experience. Michael was prepared that the town of Clayton would be very different from Beverly Hills, but tiny Clayton has a dark secret, can Michael uncover the truth and escape before it's too late!

Read on to find out!

Author's note: Please do not pay any attention to the word count of this story. It is far longer than it appears, you will understand why once you start reading.

Rated R for strong language, horror and scenes of a sexual nature.

Zoe a humaniod alien Jedi from the planet Panduine has been working for Captian EO for many years. when they go on their final mission to save the children of a lost world that has been taken over by a dark evil force. They both realize that their worlds arent complete without each other. 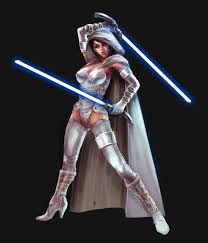 Zoe Age:25 she has big black fox ears whith white on the inside and a fiz tail with tiger stripes) she is a humanoid alien.  her outfit is a little more modest than this but this is the jest of it she has a short skirt on. she has 2 optic green light sabers instead of blue ones

Anyone who sees the product pays with their lives.

Ever since Michael accidentally discovered the Spider Club, he separated from his three children and went into hiding. Fifteen months later, they are about to reunite until the Spider Club returns to kill Michael. Caity, BJ, and Zach are on their mission to find their father safely. The Spider Club’s leader, Jacob Mio, kidnaps Caity and BJ in order to reel in Michael to catch the bait. Will Michael rescue his kids and stop the Spider Club once and for all?

This story's going to be crazy!

because it truely is:

Revenge. The word grasps into ones heart with its ice cold grip and constrics into a painful desire. One of these hearts include mine ( i' m so very honored to see that everyone is enjoying the story! A special shout out to Sabrinamjjlove for giving me motivation to continue dominenece! God bless! :) ~* NEW chapter out!omg! Thank you guyz SOO MUCH For the love and support! )

Now everyone knows who Michael Joseph Jackson is, yes the King Of Pop. But what they don't know is that the government, and the music industry, are being run by a satanic cult called the Illuminati. Unfortunately for Michael, he's got caught up in the midst of the Illuminati, and all their horrifying and eerie commotions. He was tricked into a conspiracy by the cult, which favored him by making Thriller the world's biggest selling album. However, they tricked Michael into giving up his soul. Terrified and lost, Michael is desperately searching for another voice to guide him through this god-forsaken turn of events. Luckily, a young women named Ashley is called upon God to protect and help Michael out of this jungle of a mess. The question is... will Michael be willing to let her in?

This story takes place in the 'This Is It' era. Michael has already signed a contract binding him to do 50 shows, another trick the Illuminati has gotten him into. Keep in mind that the Illuminati is an actual thing. If you really want to know more about it, look it up on google! I hope you enjoy and please, review!