Michael Jackson. King of Pop. Music Legend. Even with all his fame, he was visibly timid, and utterly and painfully lonely. No matter how bright his smile was, there was heartbreaking pain in his eyes.

Against his will and all his moral standards, the NWOE forced, tortured, and trained him to be something he was not. To carry out and fight a cause he didnt believe in.

For centuries, a powerful and enormous demonic clique known as the NWOE (New World Order Elite) sought to rule the earth. However their plans have been thwarted from time to time by Light-bearing people who fought for the freedom of all from this evil oppression. People like Michael.

They tried to mold him. To break his spirit. To make him one of their own.

But his light continued to shine through all the pain and suffering they heaped on him.

Being almost entirely on his own, he will fight on no matter what. He's stubborn, but brave and noble. A true soldier. For humanity.

Going against such an unbelievably powerful evil institution isnt going to be easy. But he has his faith and his integrity to fight with.

Armed for an epic battle, this soldier fights on till the end... 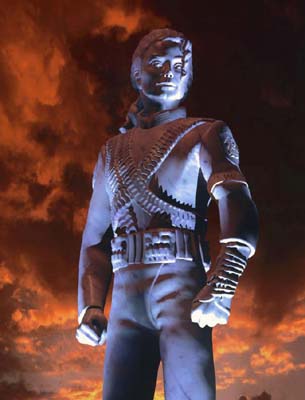 * Dear Readers: Please understand that I will not be able to update this story as much as I would like to, due to my busy schedule, but I will update it as much as I can. :)