Welcome to My library of Randomness =D <3

Henry pulled up'',i ran .michael hide in thier.diana point's to the closet,i hurry up an get in thier. "KNOCK KNOCK KNOCK'' diana fixes herself then answer's the door. Hey henry what's wrong?. have you seen michael?.henry say's looking inside of the house suspicously.no i havent seen him for like a week now,come on in have some coffee you need a break. noo i think i better go.henry say's nervously. awe..please,for me??.diana say's flirtaciously. ALRIGHT alright,ill come in but for only a minute. she smiles then she makes a little sneaky face then bites her lip closing the door behind him. she looks over at me as im hiding then smiles.Iscoff rolling my eye's.  i waited and waited it past an hour or two,i think i almost fell asleep.as i almost driffted off to sleep,diana open's the closet i wake up  fast. Hey...you shouldn't just bust in like that,i thought you where henry.i say as i jump up then rub my eye's. sorry ,you can't keep hiding from them like this..they threatend to kill me,look im still alive. she say's helping me up out of the closet. that's cause you're ...nevermind but what took soo long?.i say raising my eyebrow's. ooo nothing. okay whatever.

im worried for day's,even though he's no good.he still hasen't sent me a letter yet.im worried.hmm...maybe i should just go check in the mailbox even though  i did like twenty times. i got up and hurried down the spiral step's and to the door.i slowly openend the mailbox.YESS:) a letter,i tore it open .it said:

i closed the letter and leaned against the door like i was in love,oh boi" i couldn't hide it no more i miss him.when will i ever see my michael again?,all i do is have dream's of him.(sigh) hopefully someday i'll see him again.i look up at the sky as i am sitting on the porch.

''DIANA'' get in here now?.i yell at diana. WHAT?.what did you tell him?.i say lookin at diana very furious. yeah,i looked in your mail,your not slick you may be dirty but not slick,now tell me where is henry and why would you try to get him after susie....what did she do?. i slam her against the wall close up to her face yelling. ANSWER ME. okay dang michael calm down.she say's with a cigerette in her mouth.i smack it off her face. What was that for?. youre gonna answer me. i slammed her up against the wall again. BECAUSE,he said it's eighther her or you,or me,he said he would kill me if i didn't let him know where she was. BUt what about last week?.i ask. last week? he dont care i know he knew thier was something suspicious. so...im sorry i had to tell. i storm through the house angrily and grab my bag's. MICHAEL dont leave he'll kill you. i turn around slowly,this is all my fault.then i left and slammed the door.after leaving i went to my aprtment sneekely to see if she ever mailed me back,she did i was so surprised.and nervouse.i took the letter with me,and i went to stay at the motel down town.  stay tuned.....<3;)

The Famous Beyonce stopped performing because of what she heard Joseph saying after one of her performances. she married michael jackson and he is begging her to make a come back. what happens when annervisary suprise turns into a battle of the ex's. 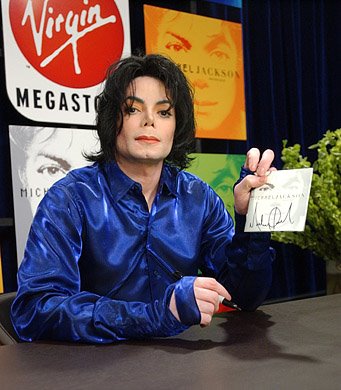 Its everywhere. Where you go it stills follows. There no way to back out of it you're stuck with it forever.

this story is about a young 18 year old student from NYU and she's been holding a deep dark secret. no one knows and she was able to always hide this certain someone. but until one day she meets this young handsome man. how will this all play out?

He loves her, she's sure of that. She loves him, she's definitely sure of that. But her family doesn't think it's right for a sixteen year old girl to be dating someone twice her age, not to mention, one of the biggest popstars of all time. This is a story of a girl who fought for the man she loves.

This series will show how Amber and Michael's relationship grows from the day the met to the day they die.  Amber Hudson is a talented dancer that one day gets hired to dance for a band trying to make it in show business, the Jackson 5. The years pass and fame and popularity grow for everyone in the band. Especially Michael and Amber. The two become best friends and soon grow feelings for each other. What will happen?

The website where these stories are always posted first: LoveApplehead

A series by me called "LoveApplehead Stories". I hope you enjoy, and remember to check the site out!

Iona finds herself in a dangerous love affair with successful sculptor, Michael Jackson. She attempts to save her marriage and tries to find solutions to her promiscuous, confidential lifestyle.

Parent Series: None
Categories: Hurt/Comfort, Bad: 1986-1990, Dangerous: 1991-1993, Adult, Drama, Romance, Suspense
Characters: None
General Warnings: Some Scenes of a Sexual Nature, Some Scenes of an Explicit Sexual Nature, Strong Language
Trigger Warnings: None
Challenges: None
Stories: 1
Open: Closed [Report This]
Memoirs of A Supernova and The Invincible by nene147