Michael moved to a new house it all seems perfect but strange things start to happen as there is a ghost haunting his house her name is Mystery as her life is a whole mystery. She is in love with Michael but there are many difficulties in their lives. What would happen????
Disclaimer: All publicly recognizable Characters, settings, ect. Are the property of their respective owners. The original characters and plot are property of the author. The author is in no way associated with
the owners, creators, or producers of any media franchise. No copyright infringement is intended

Sasha is an 17 year old girl soon to be 18. Sweet and loving but her parents struggles everyday to put food on the table.

But one thing Sasha knows for sure is that her parents are INlove,and that is what got the family through everything,they truly keep their vows to eachother. It is her dream be INlove with who ever will be her husband in the future just like them.

But happen when Sasha got hit over by a truck and she'll need a good 4 months of therapy or she can never walk again.

And with the family being a little poor and everything,where are they ganna find the money to pay for all those 4 months??

Thats where Dr.Jackson come up.

Come and join me throughout this beautiful story.

So, this will be my first real fan fiction I've ever written, I'm really confident in continuing and finishing because I know how hard it can be waiting for people to update their fics! I hate waiting like everyone else does! Haha, so I will probably post everyday. If this fic gets any views/reviews or stuff like that, I'll continue it, right now I will just post what I started.

Tatiana is so full of herself, she thinks Michael likes her but he doesn't. She's also known for a very dark past.... Ooh!

After Tatiana is out of the picture, Michael then meets a girl along the way named Erin, she's shorter than Michael but not that short, she's slim, just the right size, she has big brown eyes, and is a beautiful brunette. She's Puertorican, Filipino, and African-American, and also a little white, but she has very light brown skin. (btw, I don't like when people post pictures of what the girl looks like, I would like for my readers to make that picture in their own heads.) It turns out, this is the girl Michael has been looking for his whole life. She has a dark past too, but not like Tatiana's. Erin has been beat by her dad ever since she was 6 years old and her mother didn't do anything to stop it. But she loved her mother with all of her heart anyways. She partly knew why her mother didn't do anything...

Billie Jean is a hood. A 'no good gangster kind of chick' as people would put it. What happens when you put a manipulative hood with a unsuspecting pop star? There's only one possible outcome...

But here's a little twist.

Billie Jean and Michael have met each other before. Childhood best friends. Although a childhood misunderstanding had seperated them for years. When Billie Jean starts seeing him again, so many different emotions start twisting and pulling at her heart. Does she feel attracted to him? Does he like her too? Can a hood and a pop star make it together?

Find out about Billie Jean's transformation throughout her start at the bottom, Michael Jackson's song that made her infamous, and how she picked herself up and took action.

***Reviews are always appreciated! They keep me motivated and I'd love to know what you think!

We begin during the Bad Tour.  Alissa Valetta, 21, and Michael Jackson, 30, are two people searching for the same thing; love and acceptance.  Both are painfully aware that people seldom are what they seem to be.  When the two first meet they are both intrigued with one another and try desperately to figure the other out.

Michael has severe trust issues and so feels that he can never let go and be himself.  He always hides behind one of his many masks.  Alissa has always prided herself on being able to get a good read on who people really are but will Michael be an easy code to crack?

Alissa also has a very haunting past that has caused her to become guarded.  She has been hurt and decieved many times and she cannot bare to have it happen again.  So she keeps her true self hidden from the world.  Will Michael be able to tear down her walls?  Or will he only hurt her in the process of trying?

This is a story about two people seeking genuine love and acceptance and searching for the person behind the mask...

Will they find what they are looking for?

***Important note to all of my readers - If you haven't already done so please be sure to sign up on the MJFiction Boards and join the many talented authors and wonderful MJ fans there.  Here's the link: http://mjfiction.com/boards/member.php?action=register&referrer=16

it all starts when Michael films ''In The Closet'' with Marie. they start getting attracted to each other. what would happen?

when Michael went to the club 30's he found a singer named Annie, they both bacame friends but theres a problem Karen the owner of the club has to pay 200,000 to Chris or else he destroys the club with her. Michael and Annie have a good friendship but then Annie starts falling in love with Michael while Chris wants Annie, will Annie tell Michael she's in love with him? will Chris destroy the club and kill Karen? will there be a happy ending? come with me to this adventurous story.

Disclaimer: all publicly characters, settings, etc are the property of their respective owners. the original characters and plot are property of the author. the author is in no way associated with the owners, creators or producers of any media franchise. no copyright infringement is inteded

After a strange meeting and a blossoming friendship, Michael and Mia both realize an unexpected love.

Diana, is a groupie/prostitue who gets paid for sex. She meets Michael and he tries to save her.

Andrea is living the life of the party. After a 4 year marriage with the love of her life ended terribly, she spent her time with men. Men she didn't know. Andrea is looking for fun and is not looking to settle down anytime soon.

Michael has risen to super stardom the second his 1st album 'Thriller' came out. It was a new year though and it was time for the release of his second album 'Bad' to come out. Women have been throwing themselves at him and he knew they only wanted his money. He wanted real love. He was looking to settle down and start a family.

Her name is....Diana. Her pray... anyone famous who can get her somewhere. Bouncing from man to man, one of the most dangerous women around, many men have fallen victim to her web of sin.

His name is...Michael. He is one of the biggest celebrities around, formally titled the King of Pop. He has finally found love with a nice, sweet woman named Nicole. They are blissfully happy.

However...Diana, knowing of Michael's high status, targets him as her next victim, knowing how huge he is and also knowing just how big she, herself could become after just one night with him. She sets on her way to meet up with him before one of his performances. She is confident he will give in to her, she feels she is irresistible as if no man can deny her. Can he though? Can he ignore her seduction? Will he be strong enough? Will he even want to? Is love enough to make him see clearer or will he feel trapped by lust's strange inhumanity? I don't know, we'll have to read and find out.

Join with me on a journey full of temptation, seduction, and decision making. Find out for yourself how strong Michael is or how tempting Diana must be. ;)

It's just a little story with the title's of all of Michael Jackson songs. I just felt that it would be fun and it was.

Enjoy and let me know what you think. Was it lame or cool? :)

In life, Keisha Devin has to wear many hats: Twin, Lawyer, Best Friend, Daughter, and many more.  Her life has always been in order and she has always been control of her destiny, but what happens when a handsome superstar comes along and rocks her world in more ways than one?

He adventured himself in one night out. A girl caught his eye, and he had made sure she knew it.

That night, the rhythm of the music took over them.

They danced. They traded few to no words, but still took their attraction to the next level on that same night.

What happens when they grow to love each other? Will he tell her who he really is? Or will he continue pretending to be just some other guy?

What happens when his personal life crumbles and scandals after scandals appear? Will he still not tell her the truth? Will she realize it on her own?

She was crazy about him, he was insanely in love with her, yet despite the fact it would break both of their hearts he walked away... Down Town Chicago gangster Michael Jackson left a huge part of his soul back in Paris When he left lover Ceceily-Marie Monroe on a warm summer's night. He would never love another woman the way he did her, and since Ceceily he's not been interested in holding down a serious relationship, well not until Ceceily suddenly appears in Chicago, engaged. 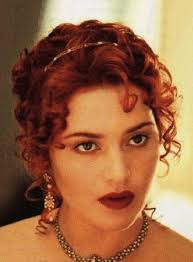 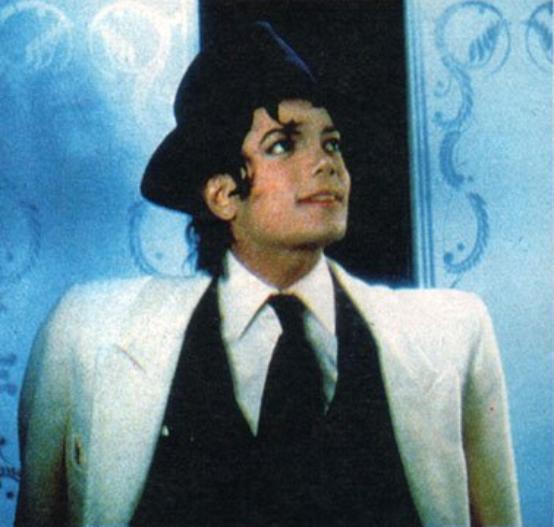 They say if you love something let it go, if it comes back its yours... but what happens if when it returns it belongs to someone else?